The first blood donation camp was organised at Brigade Metropolis on 1st Aug., where 16 units of blood were collected. Rotarians from our club as well as residents if Brigade Metropolis were amongst the ones who donated the blood and made this project successful. Our Vocational Service Director, Rtn Rajaraman and his family took lead in organising this camp.

The second camp, on eve of Independence Day, was organised at Govt. school in Kadugodi, on 16th Aug. This camp was organised in partnership with Bhartiya Janata Party, led by Our Vice President Rtn Hari Prasad. Our Rotarians, Anns and Friends of Rotary participated in this camp and helped to collect a total of 51 units. The camp was inaugurated by Mr Munniswamy, Kolar MP and Kadugodi Corporator & Mr Prashanth, BJP Youth President.

The third camp was organised at Govt. School in Seegehalli. This was initiated and led under the vision of our TRF Chair and PP Rtn R R Patel, by Rtn Suresh Babu. The support of the residents in and around this region as well as our Rotarians helped to collect 52 units of blood. This camp was inaugurated by Mr.Laxminarayan, Zilla Parishad Member and Mr.Suresh Babu, Chairman – Seegehalli Panchayath and RBWC member. 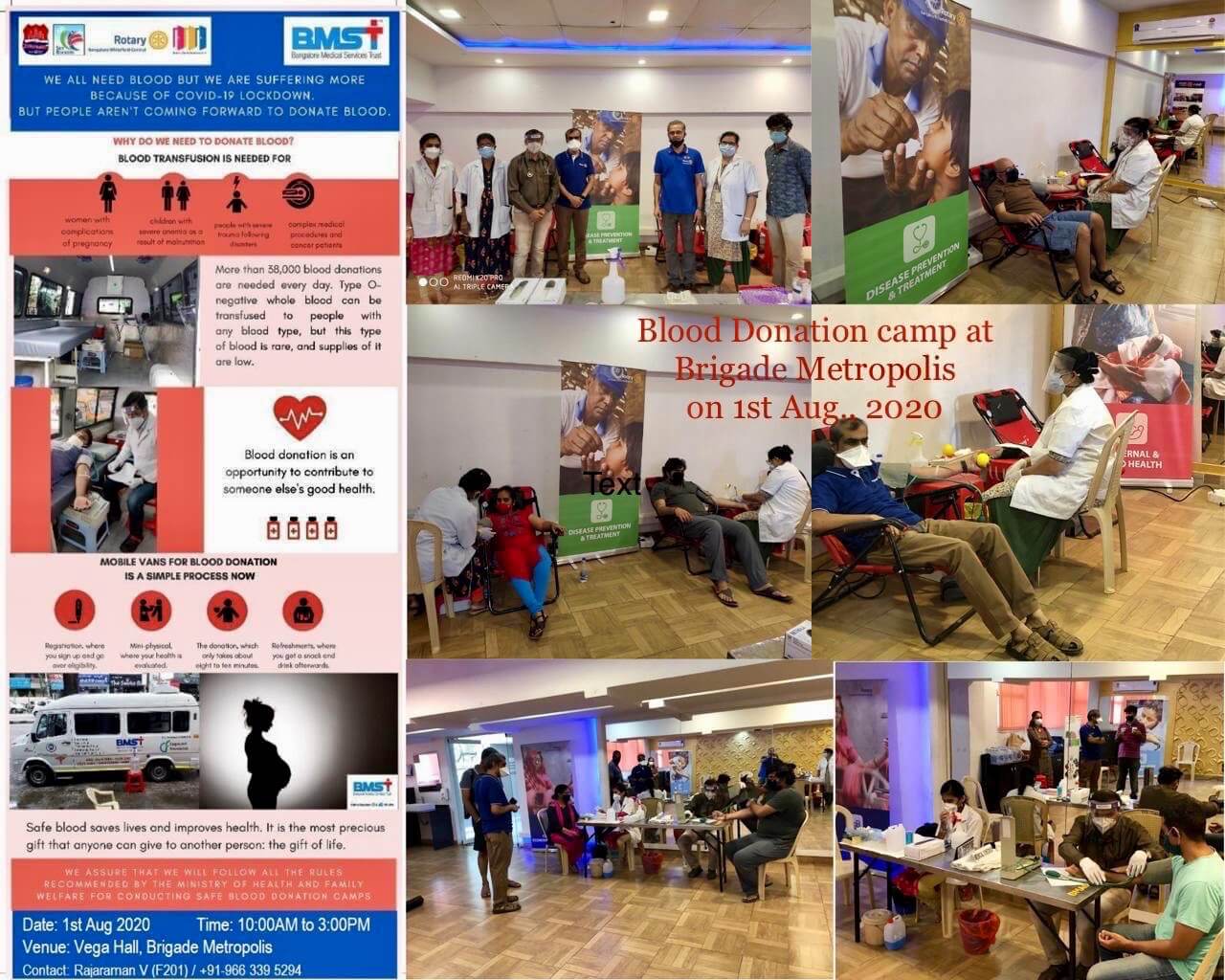 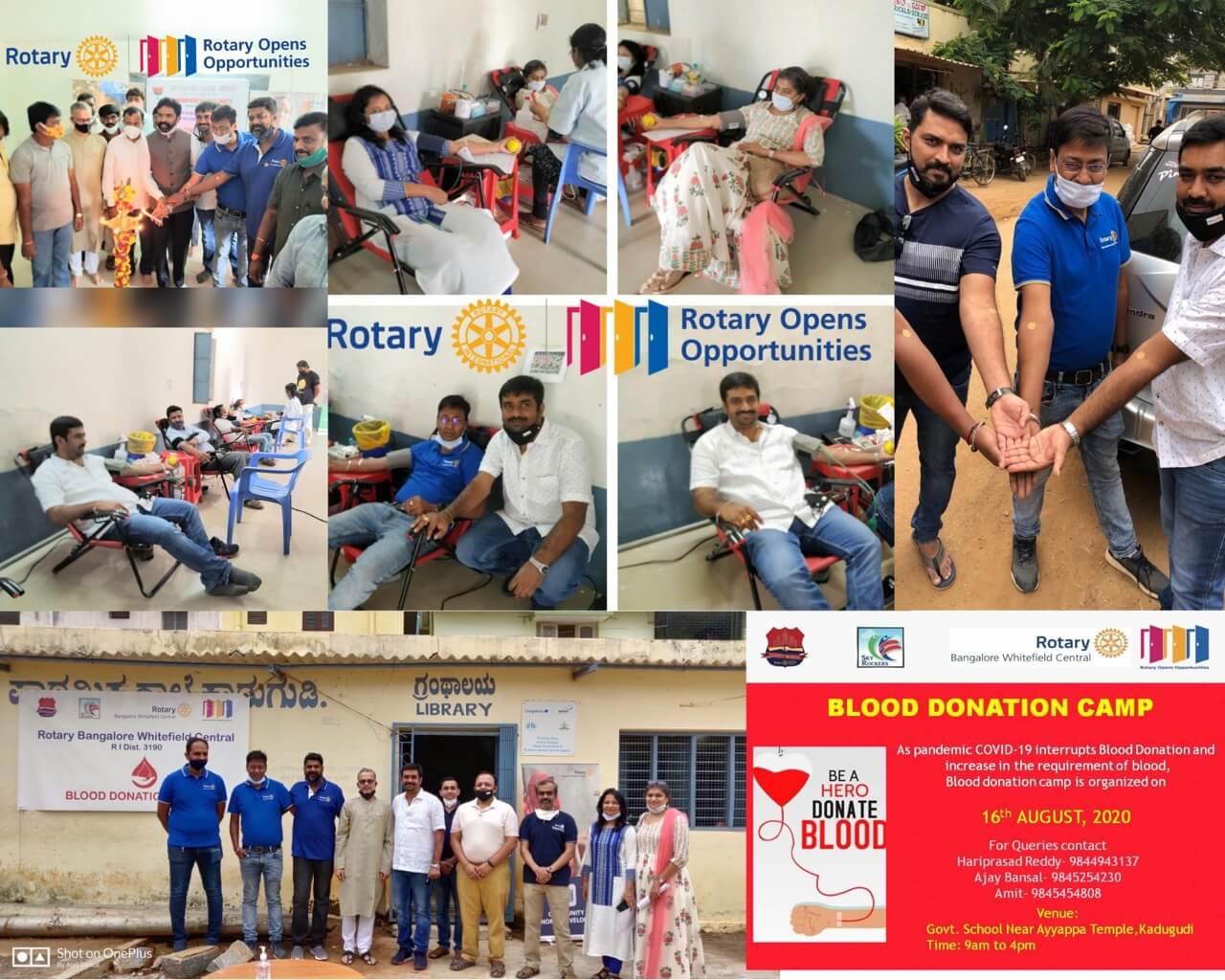 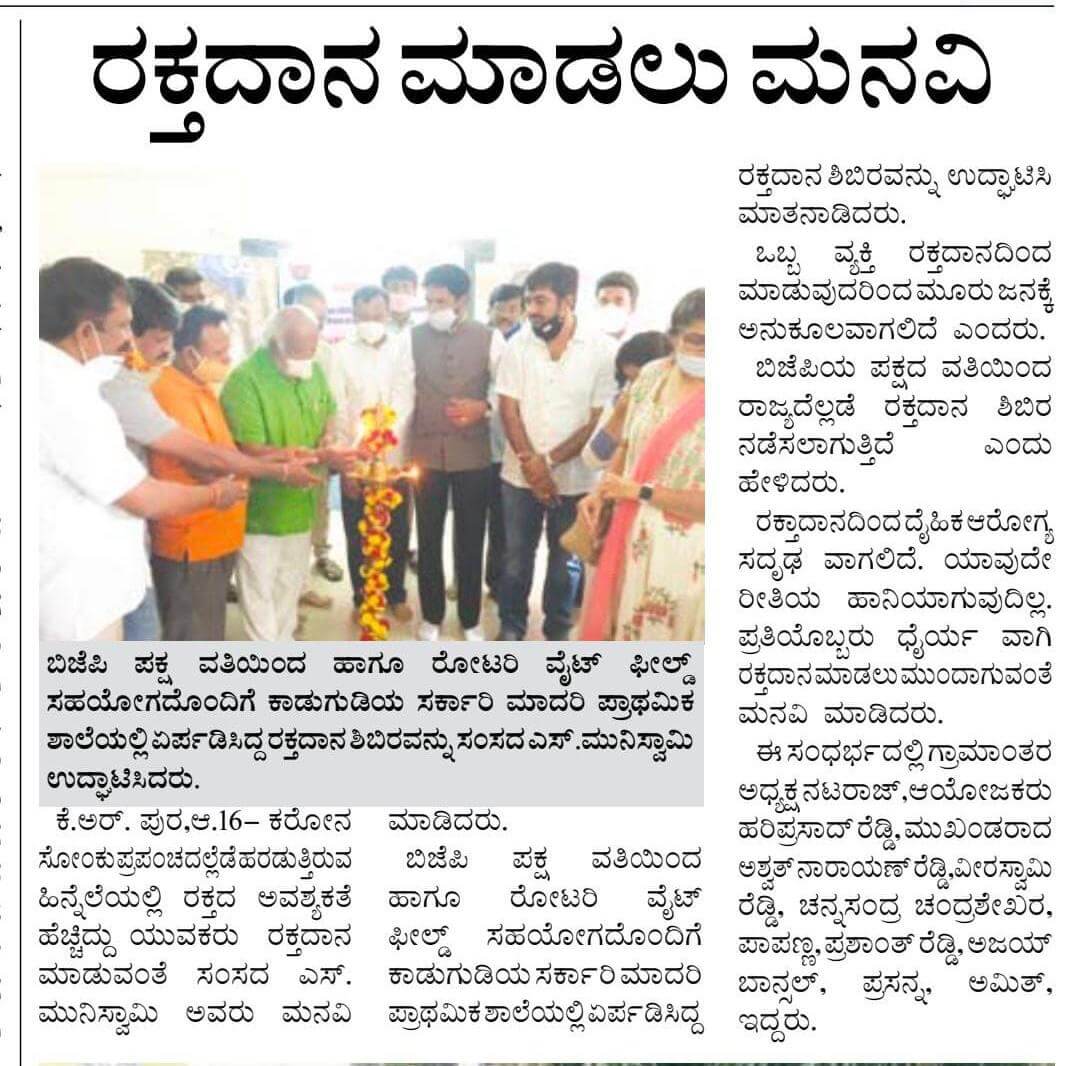