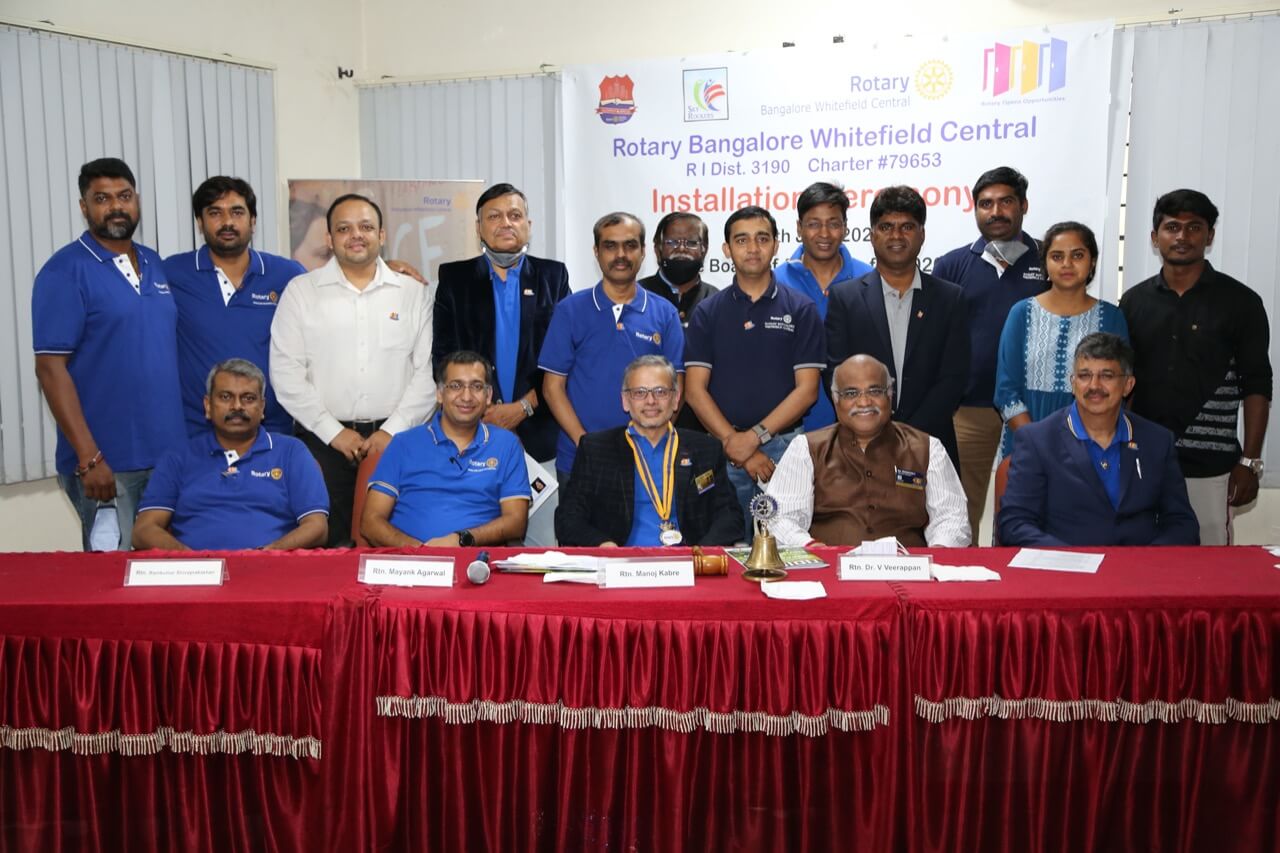 The  13th Board of Rotary Bangalore Whitefield Central (RBWC) was installed on zoom by PRID Rtn Dr MK Pandurang Shetty at WACIA, on 4th July, 2020. During his installation speech, he fondly recalled his presence at RBWC at the Charter installation in  2008, when he had Installed Dr.P.C.Rao as Charter President of RBWC.

District Secretary Rtn KS Ramdas on zoom and Assistant Governor Rtn.Dr.V.Veerappan in person graced the event.  RBWC’s in-house magazine ‘Tidings’ with the focus on the 7th focus area of Rotary of ‘Supporting the Environment’ was released online by Rtn.Ramdas and in person by Rtn.Dr.Veerappan.

The Skyrockers  Board of Rotary Bangalore Whitefield Central Team 20-21 with the following members was installed during this event.

Sky Rocker President Rtn.Manoj Kabre in his acceptance speech, spoke on crafting a ‘New Normal’. He said that it’s time now to come up with new and innovative thinking, ideas and approaches in RBWC. He promised to be FAIR – Flexible, Agile, Innovative, and Resilient ! He announced the launch of a mega District project on ‘E-waste collection’ across the city, in partnership with 14 other clubs, in collaboration with two NGO’s Ensyde and Saahas. This project is aligned to the 7th focus area of ‘Supporting the Environment’ added recently to the Rotary Area of Focus.

The incoming Secretary, Rtn.Mayank Agrawal proposed a vote of thanks.

The event was compered by Annet Manas Kabre, son of Rtn.Manoj Kabre. 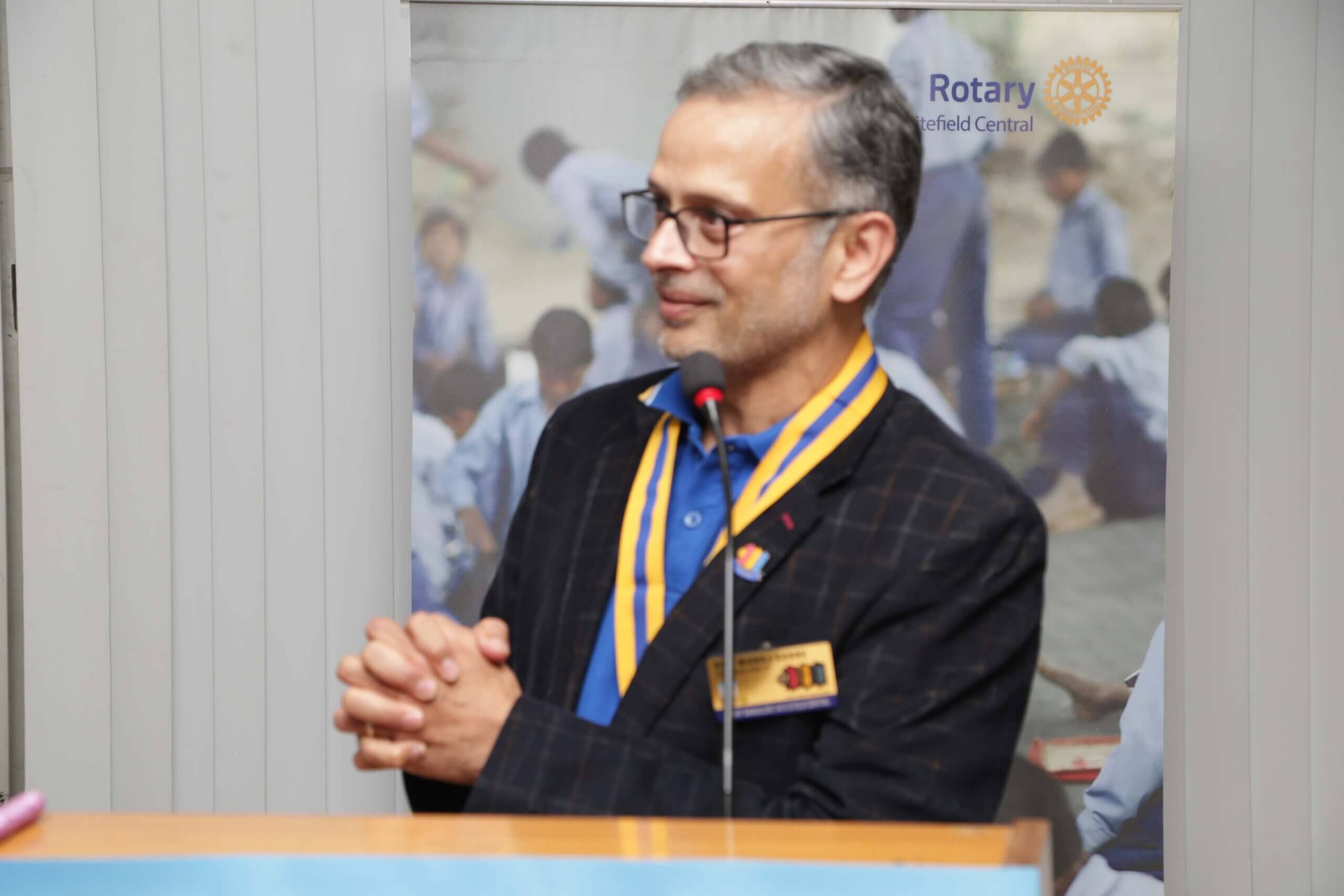