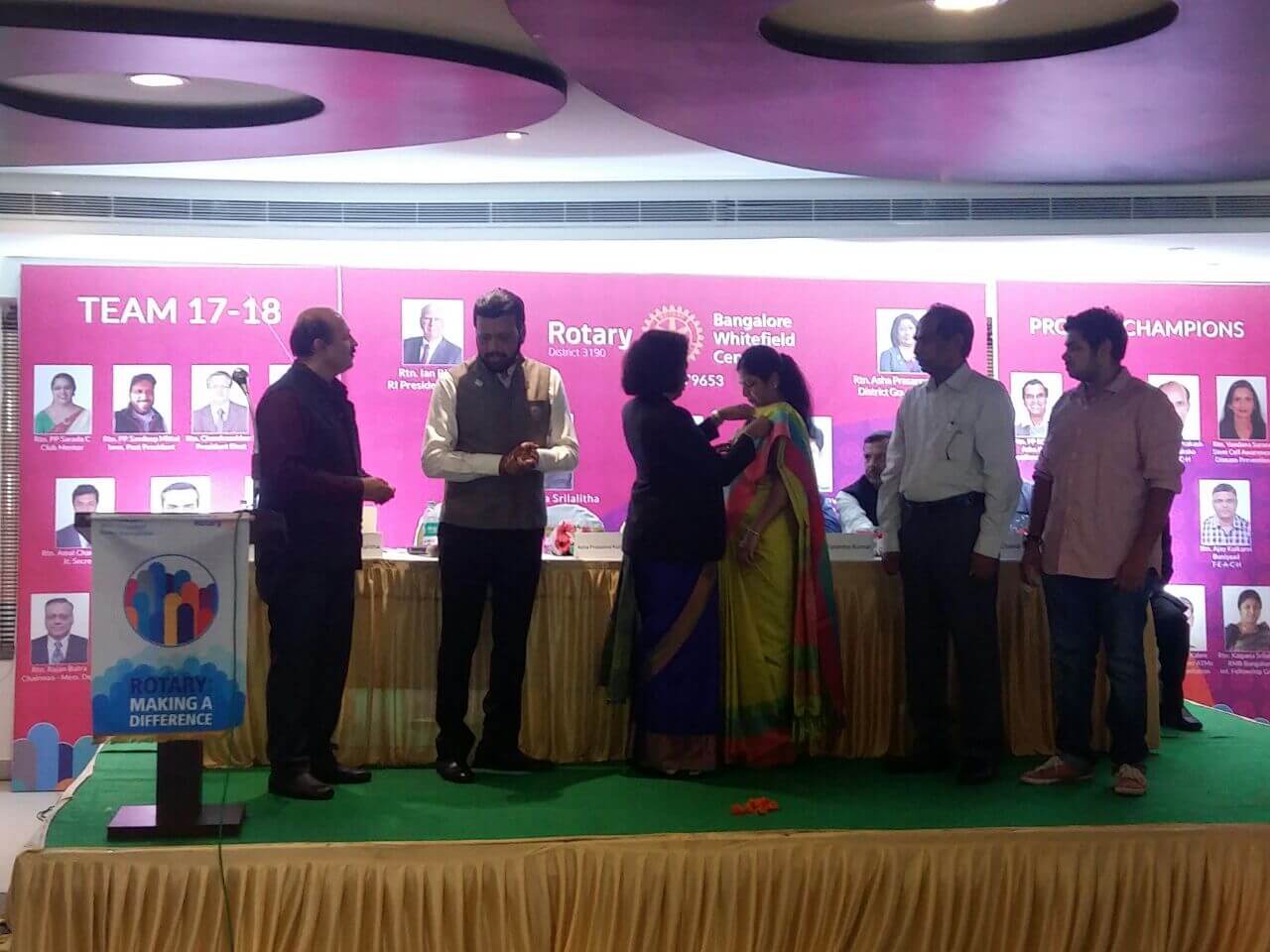 Our IPP Rtn. Sandeep Mittal made very impressive mark on initiating and leading the ceremony. The Immediate Club Secretary Rtn. Ashutosh Mehraa’s report on projects of 2 crores for the year 16-17 was quite a revelation to those who attended from other clubs.

Some of the Rotarian guests from other clubs were Rtn. PP Murali, RB Indiranagar, Rtn. PP Anantha, RB Lakeside, Co Presidents from Kalyan, Greencity, Pavagada, Lakeside and Kuvempunagar  who attended the ceremony besides special guest from Intel, CSR Mr. Nagaraj B and 10 members from Rotaractor club of Shishu Mandir. There were totally 98 guests.

District believes we as a club think differently and out of the box. Yes, they are right. We kick started a new international fellowship of Rotary Means Business, Bangalore District 3190 Chapter on 1st July 2017 along with 6 other clubs with a total of 42 charter members. The District was very happy, acknowledged and supported the formation of this Fellowship Group. Infact few PDGs commented that this particular fellowship group enroute to become a parallel District.