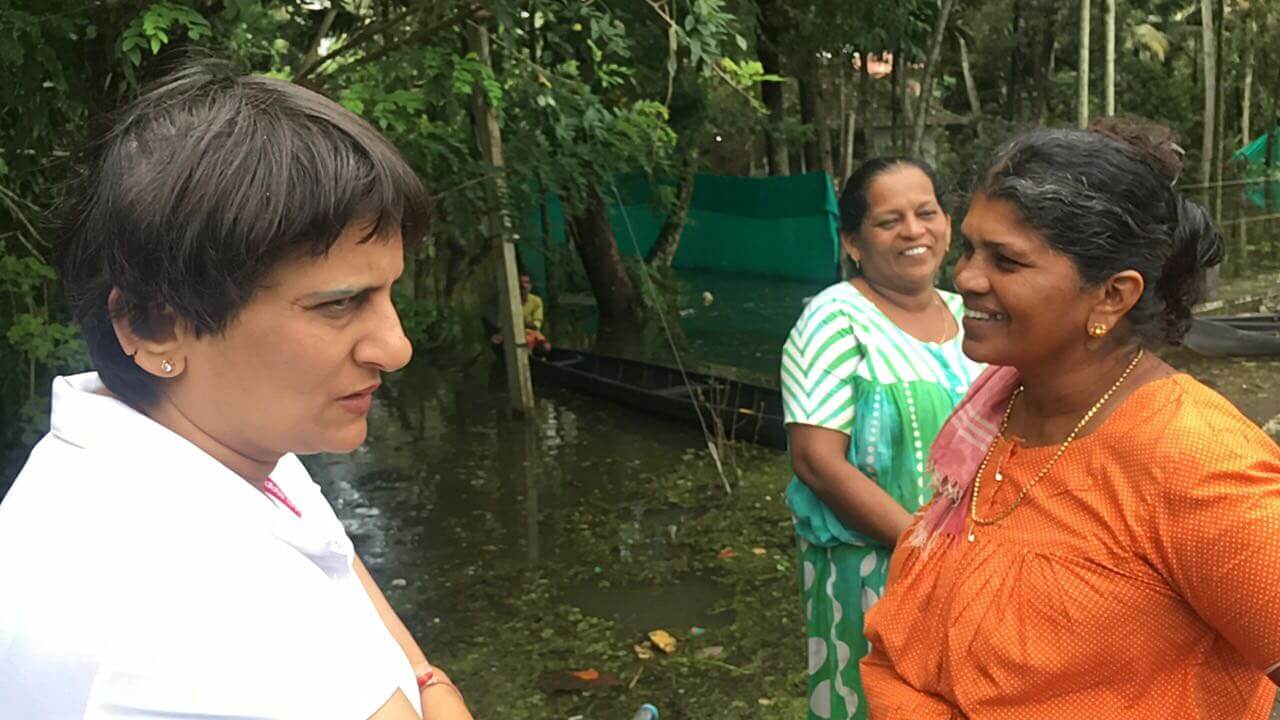 Kerela saw a lot of devastation this month. Our member Rtn. Vandana Surana had travelled to Kerela on a vacation with their family, but ever since they heard about the rains they thought instead of cancelling they will still go but try to do something to the people affected instead of site seeing :… vacation optimized..

They started pooling in the money, with Rtn. Manoj leading the contribution initiative. Rtn. Naresh from Bangalore led the initiative to reach out to Alleppey clubs.

Rtn. Sarada shared details of a colleague’s parents who were struck at Perumbavu area, for which Rtn. Vandana coordinated. She informed that the area of Kottanadu was being rescued and moved to safe camps.

Food material, clothes and other material was distributed. Schools converted as camps and many families were rescued.

A special mention needs to be made of President Rotarian Anthony Rotary club of Alleppey and Rtn Cherian past Secretary of the same club …without their connect Vandana wouldn’t have known or seen the loss. Mr Anthony helped her hire a house boat, .. they sailed to those affected areas where at Edge of the lake camp tents were put up .. where govt had set up two bathrooms and cooked food was delivered. At one of the camps John Akash and Rtn. Vandana went down to talk to them , hear their grievances and to see their homes in the locals owned catamarans. Two days later Vandana also went to camps at schools to help to check the availability of materials and of any communable diseases found ( by talking to the docs and nurses volunteering at those camps).

The hotel they stayed also had been in rescue operations and had met the Hotel operations Head / manager and took suggestions of how we could help then and in future to rebuild the affected areas of Alleppey. 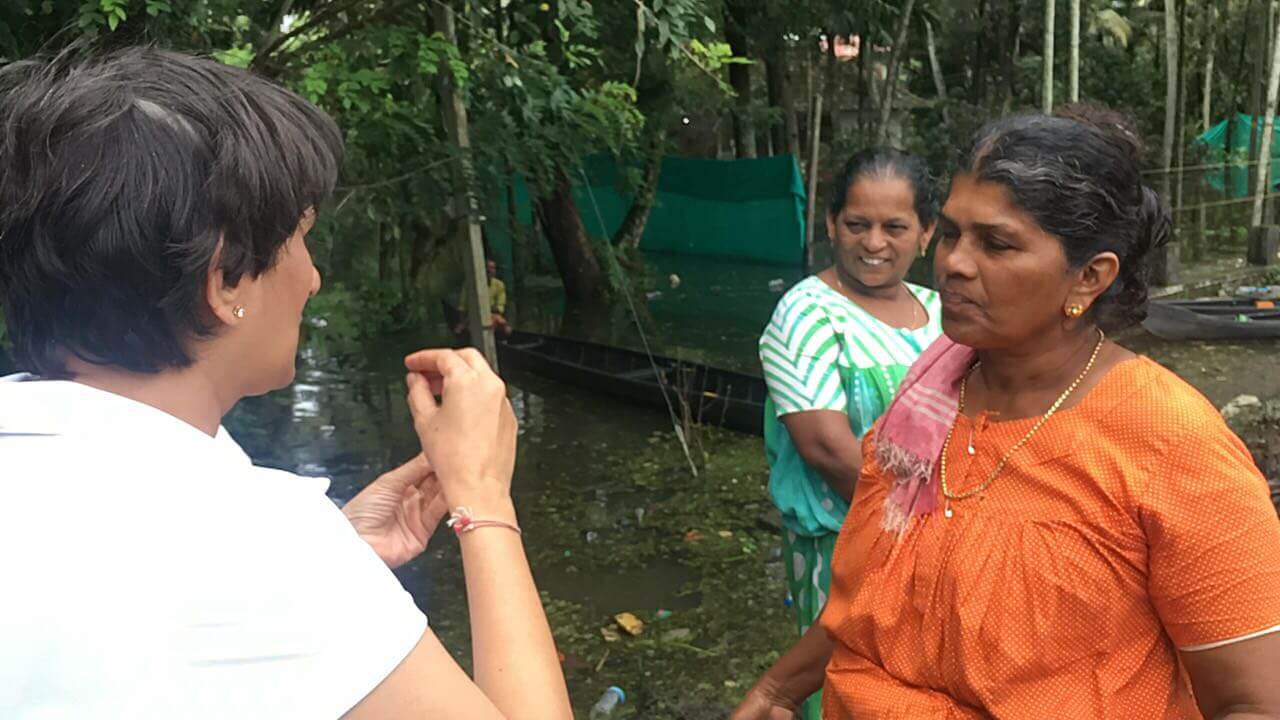 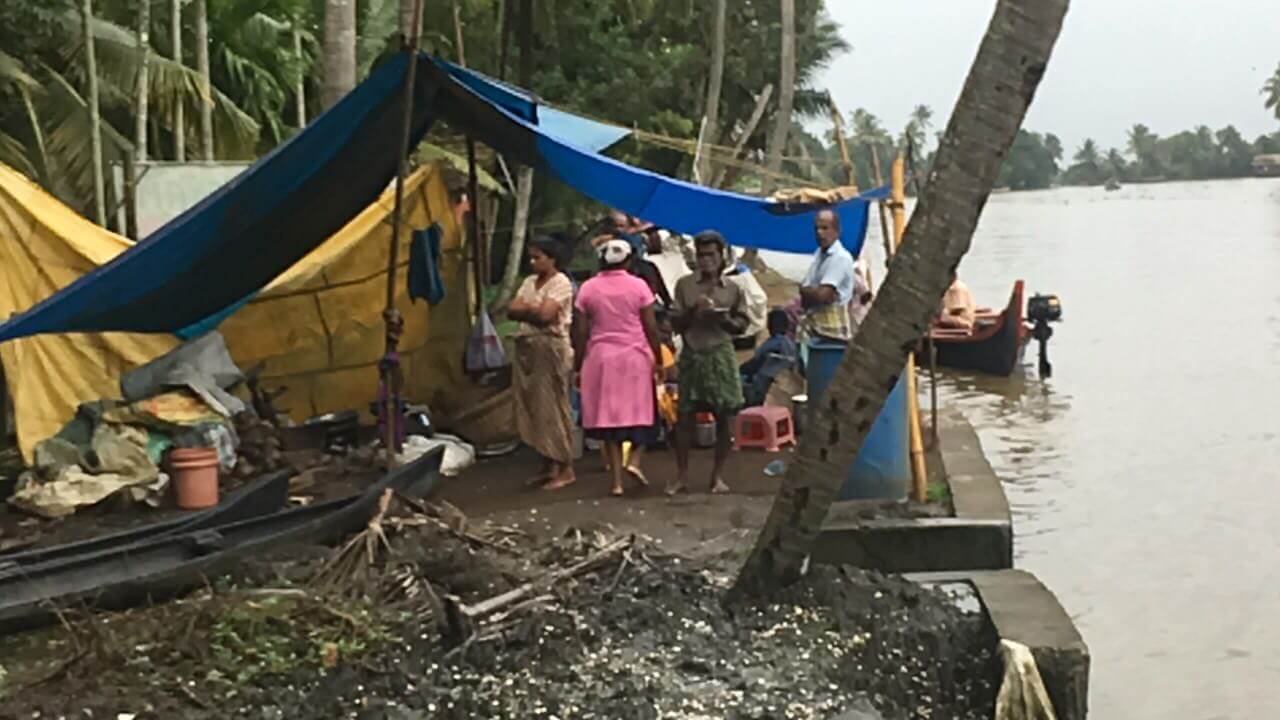