Rtn Manoj Kabre of RBWC got an opportunity to meet  and greet the following  from Rotary Club of Ramla R I Dist. 2490 Israel:

The exchange of flag was done at Ben Gurion Airport Arrival Lounge, where the four Israeli Rotarians called on Rtn Manoj Kabre. It was indeed a nice gesture and initiative of Rtn Zipora, who had been in contact since two years. RC Ramla was chartered in 1989 and has 25 members, of which 60% are female members. They have  already signed ‘twin club treaty’ with RC Bombay Queen City in 2015, and they had in 2016 a very successful joint Vocational Training project with them, as a part of which 3 agricultural experts were sent to India for training on innovative farming techniques.

They are keen to co-work with our club as well. 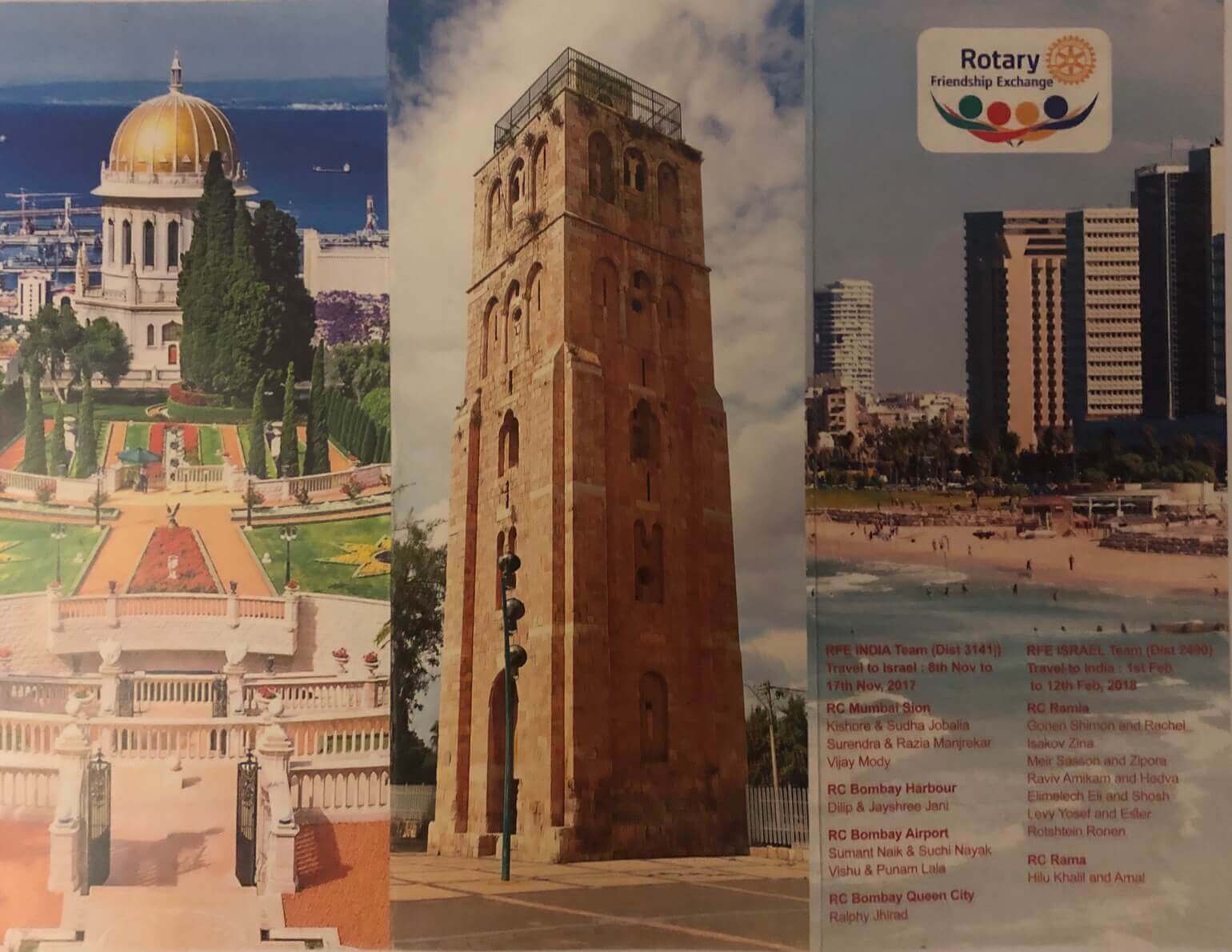 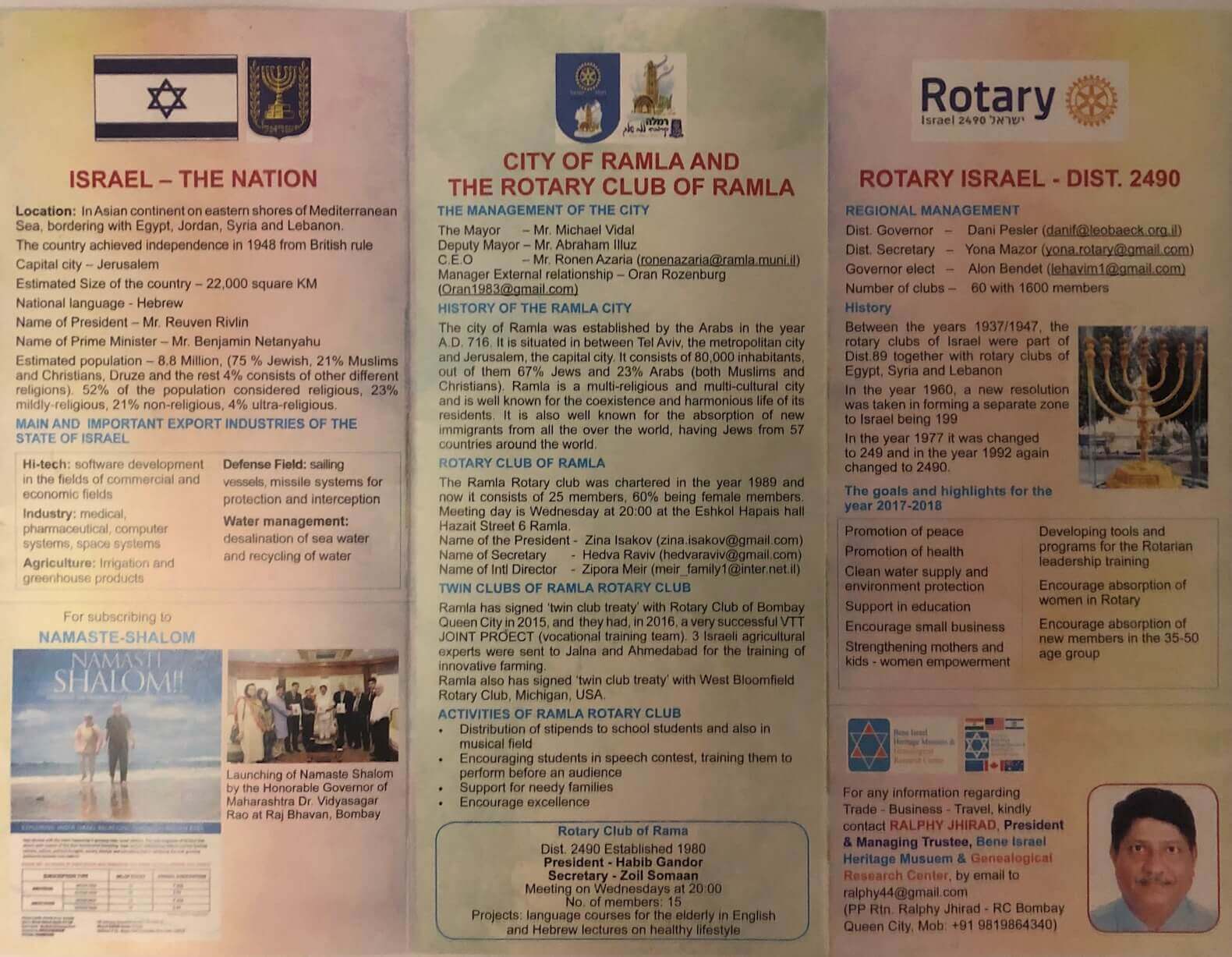