Hasthakshar
“Your name, your identity” 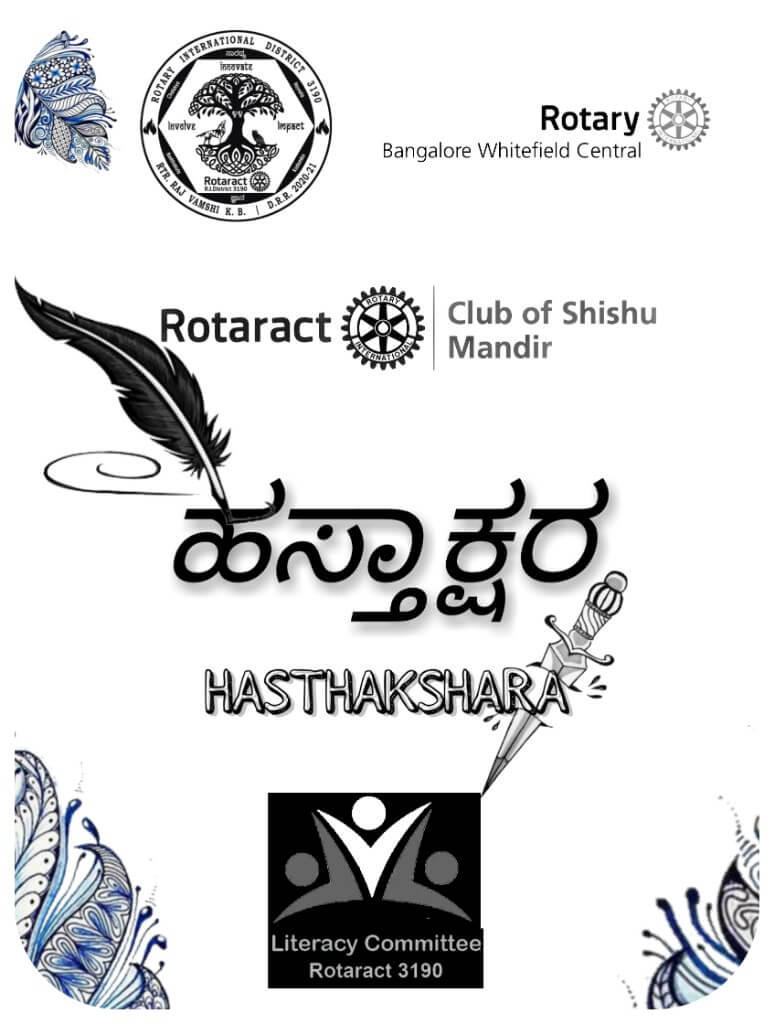 As a part of the International Literacy day, the Rotaractors of Shishu Mandir went to a slum in Halehalli where almost all of the people work as construction workers. They visited this place to teach people to sign their names, teach kannada and English alphabets to kids, play and spend time with them. Talking to them made the Rotaractors learn that hardly 5-6 members are educated and are dropouts now. The day began by playing with the kids after gathering everyone in a particular place. The Rotaractors made the kids play fire in the mountains, lion and goat. Playing with them was fun. Next, they proceeded with teaching the elders to sign their names in English or Kannada. Hardly few were able to sign their names without mistake. For the others, an effort was made to teach them to hold a pencil properly. Rotaractors held their hands and taught them to sign. They not only taught them to sign but also spoke to them about their personal life like their occupation, daily routine etc. By conversing with them, the Rotaractors learnt that children are not sent to school due to low earnings. On the other side, few Rotaractors were teaching Kannada and English alphabets to the little ones. They were so keen to learn them but it was disheartening to know that they are deprived from going to school. Amongst the entire lot, there were only three boys who knew the alphabets correctly. Posters were also made and stuck on the walls which contained the emergency contacts. They also stuck posters in which Kannada and English alphabets are written. This is to ensure that the kids revise it in the absence of Rotaractors. This was the first time RCSM team visited this area. Now, the Rotaractors have planned to make this literacy program/ project a long term one. The plan is to do a lot more projects with them in the future.

“Every journey begins with a step”.
“Literacy is a bridge from misery to hope”

This project was the brain child of Rtr Bindu k ( Literacy committee representative) and implemented under the guidance of Rtr. Nandini G (President ) of Rotaract Club of Shishu Mandir (RCSM) 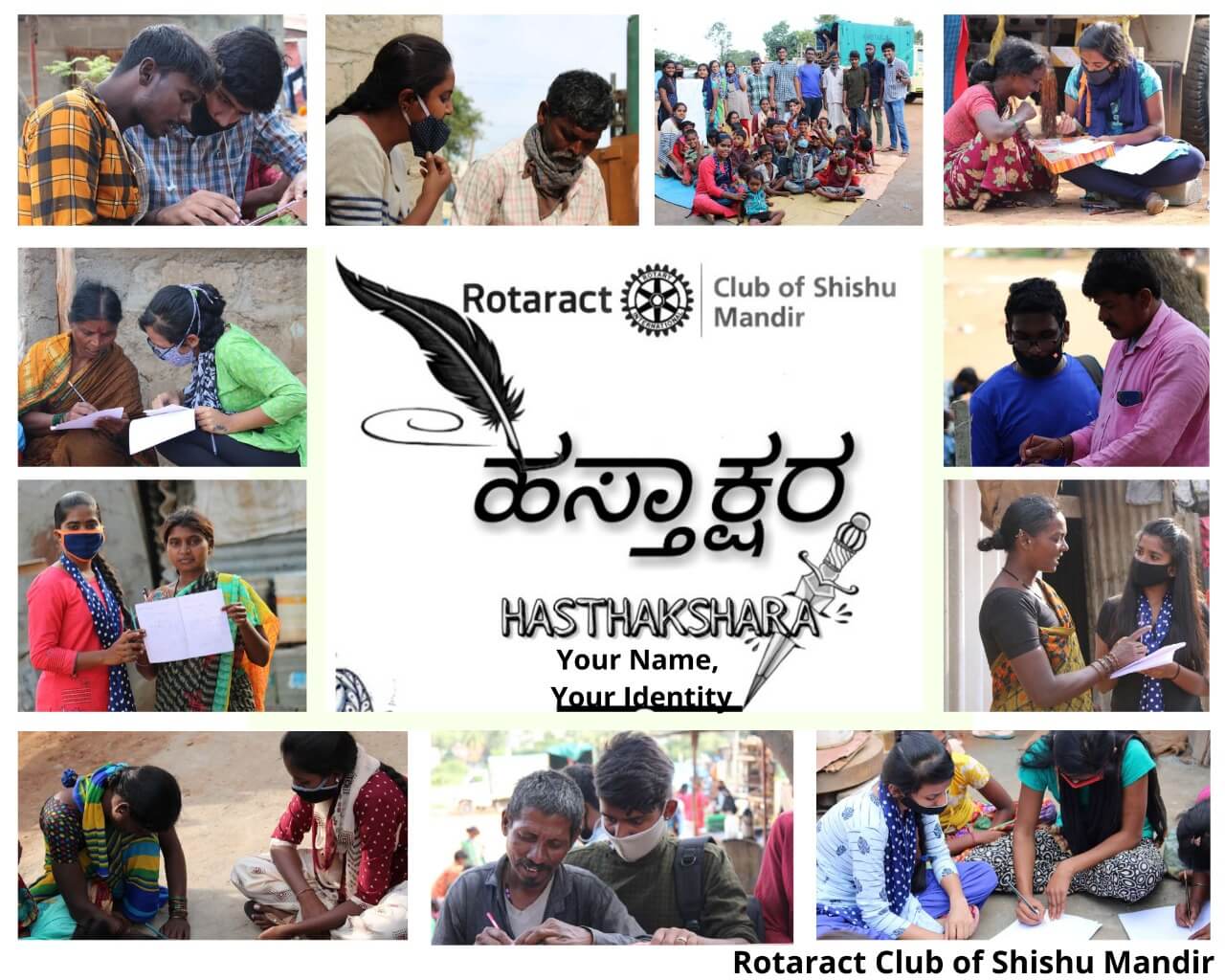 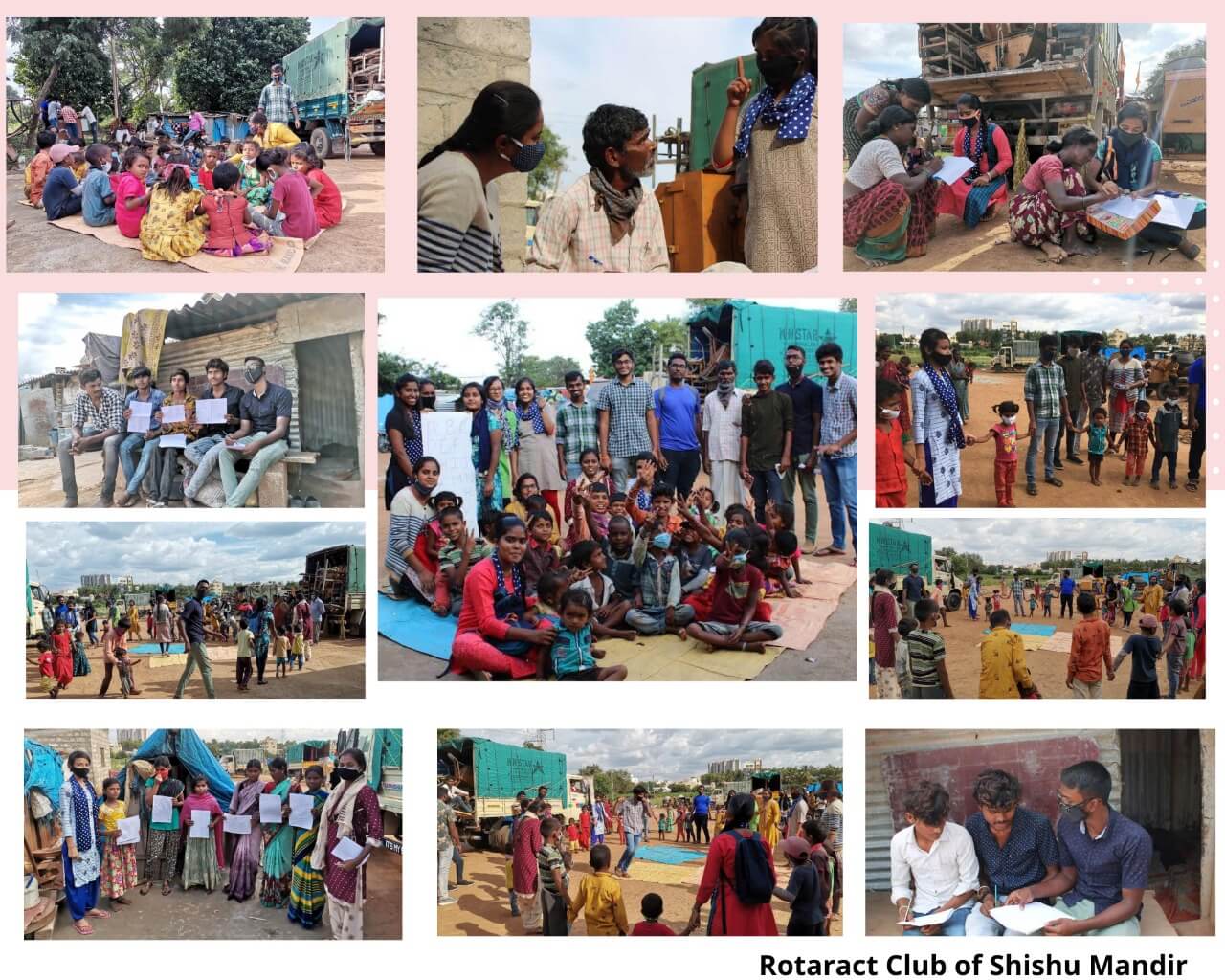