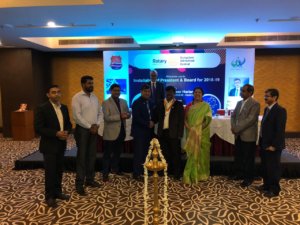 This was primarily organized by Anns of the Rotarians. The new board was installed by Rtn. Dr. Sameer Hariani, District Governor Elect : 2018-19, RI Dist.3190. He has been recognized as Dynamic Dist. Secretary 2011-12,  Rotarian of the year RI DIST:3190 in 2015-16 for adding 52 new clubs and assisting  the DG in achieving World No 1 status. He also received Champion of Champions Award and Compassionate Service Award.

Our chief guest was Dr Sripada Chandrasekhar, Professor ISB Hyderabad, and we were also graced by the presence of Rtn. C M Reddy, Asst. Governor.

An introduction of the incoming president Rtn. Chandrasekharan was done.

He spoke about the 10 previous presidents and their achievements. An introduction of the planned projects was given by the incoming president, and a message from the RI President was shared.

Installation of the team was done.

Five new members were also inducted in the event. 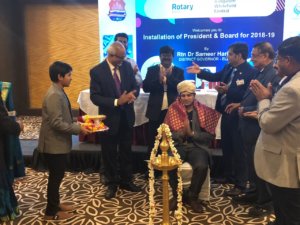 Mr. Pratap B. was also facilitated, also known as the Pothole Raja, for his social impact initiative of filling road potholes in the region.

There were over 60 participants in the event.

The session ended with a social and dinner. 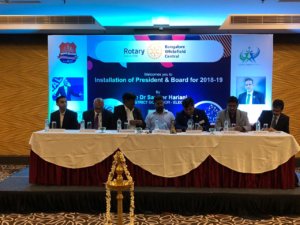 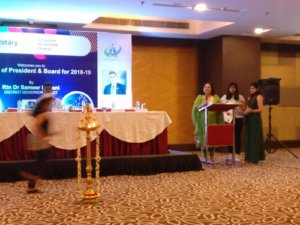 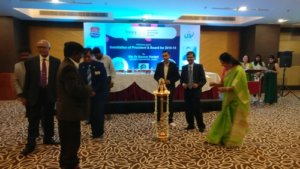 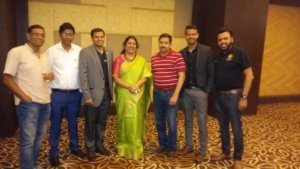