The inaugural function was held on 11th February, and was marked by various interactions in the Indo-Japanese community.  In all we have registrations from @33 clubs for the event.

A unique fusion entertainment of Japanese and Kannada song and dance extravaganza was witnessed by all. Mr. Yasukazu Kano (狩野泰一 Yasukazu Kano) who is a renowned Japanese ‘Sinobue’ Bamboo flute player, also performed at the Japan Habba event. As a taiko drummer and bamboo flute player for KODO, Kano has performed in over a thousand venues worldwide including Carnegie Hall, Berlin Philharmonic Hall and Theatre de la Ville in Paris. Kano has given concerts over two thousands venues worldwide, and continues to spread his music throughout the world.

Sunday 12th February saw open interactions in all the visitors. People enquired about our projects. There were specific enquirers for stem cell donation. The drum and flute performance on Sunday was also excellent and an  experience to remember. The media covered this as well, TOI lead the reports.

Our club RBWC was the lead sponsor, special thanks to Rtn. Manoj Kabre and all the rotarians who got the event together. Great support was received from the entire Club, special thanks to Sandeep, Ajay, Bharath, Ashutosh, Srinivas, Kalpana, Rao Sir, Ramesh, Vandana and Mohit. 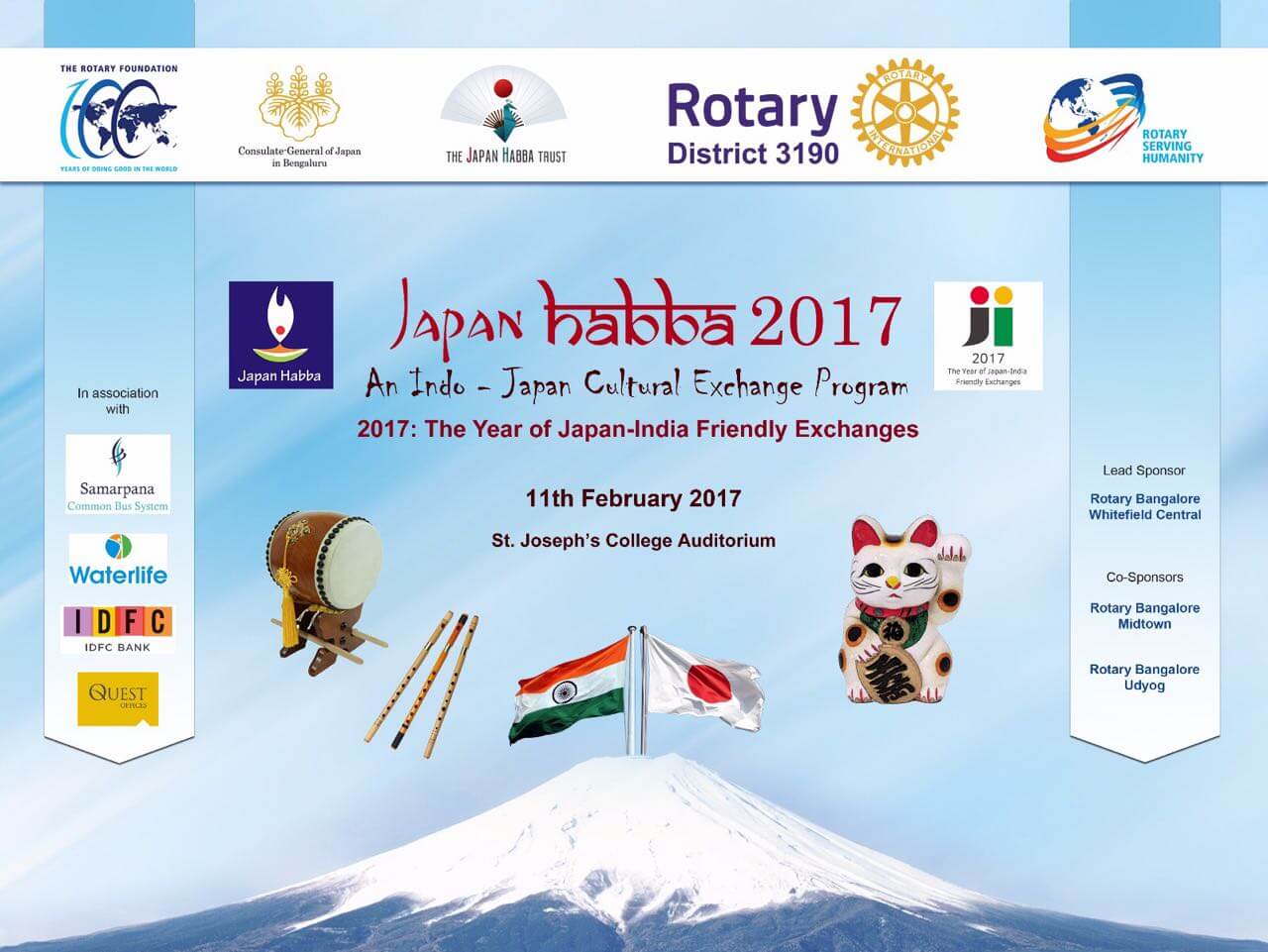