ROTARY PEACE WALK on held Friday, 23rd February 2018 morning 7:30am from Freedom Park to Vidhana Soudha and back. The participation was huge. 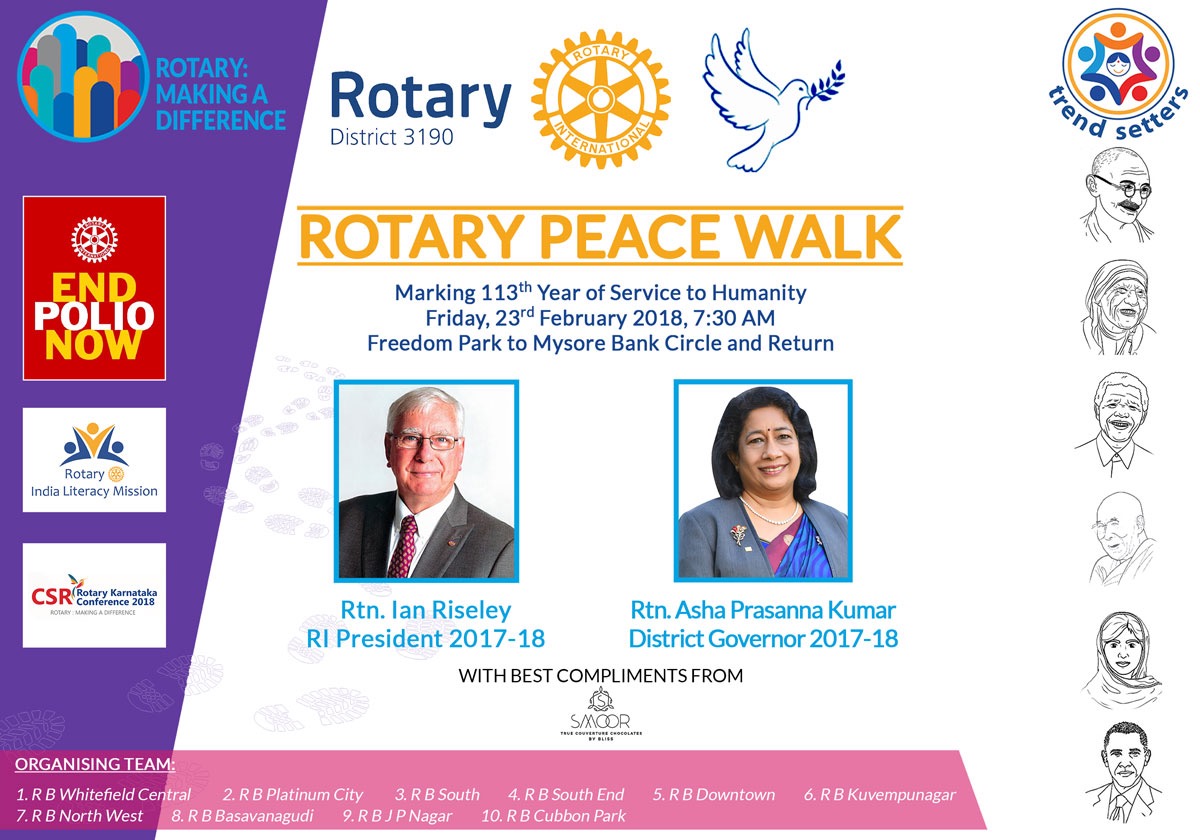 RBWC was a lead club for this event.

Rotarians of 3190 celebrated 113th anniversary, marking the start of the journey of Service to humanity in a novel manner on 23rd February 2018. Yes, about 63 Rotary clubs from the District 3190 celebrated the anniversary through a ROTARY PEACE WALK. 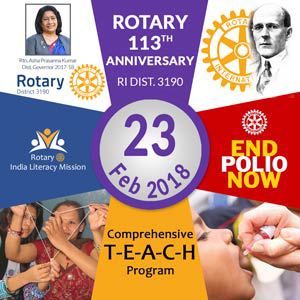 The walk started from Freedom Park to Mysore Bank Circle and return for 3KMs. About 250 plus Rotarians, Anns & Annettes of all ages participated and walked peacefully from 7:30am to 8:15am. Besides the PEACE ICON costumes, the Rotarians carried various posters and banners depicting their community service projects and initiatives. Particularly, End Polio & TEACH were proudly showcased by the participants in the public during busy morning hours.

The MLA Sri. Devarajan visited the spot and congratulated the DG on the 113th anniversary. Sri. Devarajan was enlightened with ROTARY’s END POLIO global initiative. Similarly, a variety of community service projects where displayed, each one having its uniqueness of touching our lives somewhere, somehow either directly or indirectly.

It was indeed a visual treat for the onlookers and daily commuters throughout the route on a busy working day. The event was peacefully escorted by Bengaluru Central Traffic Police department followed by cake cutting and releasing of 113 helium filled balloons in white, blue and yellow. The balloons were tied to Rotary Wheel and it was released by the DG Rtn. Asha Prasanna Kumar and other dignitaries after the return to Freedom Park amphitheater.

It was a very happy, united and peaceful atmosphere of celebration of a century plus old organization ROTARY INTERNATIONAL at a busy hour on a Friday! 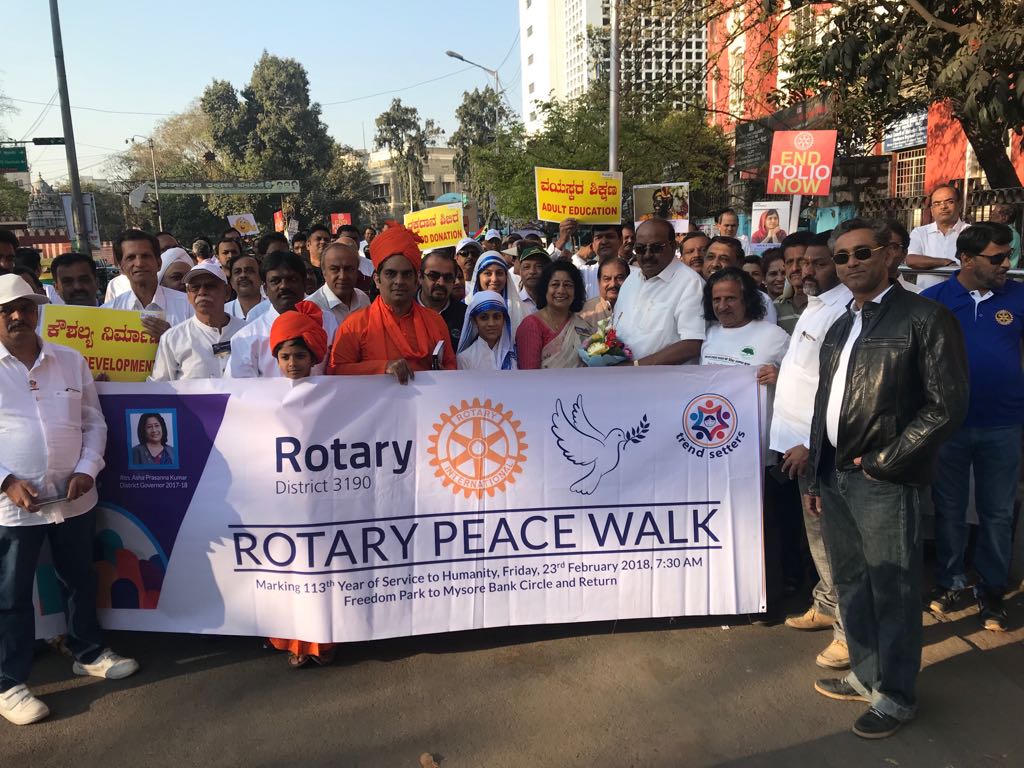