A special highlight of this session was a Virtual speaker session on the Theory of Constraints, by Rtn. Pradeep Kumar, Rotary Club of Shanghai, who presented his talk remotely from Shanghai. This was the first such venture, initiated by our Club.

We also conferred the Vocational Excellence Award on Rtn. Dr. Durgaprasad Reddy, Vydehi Hospital, for conducting over 10,000 heart surgeries. This was given by Rtn. O P Khanna.

Rtn. O P Khanna also gave our club a remembrance, in form of a collage of pictures of the 64 children, whose heart surgery had been successful, based on the efforts of Rtn. R N Sharma, Rtn. R R Patel and others, who contributed to the surgery by either donating or collecting donations. 64 contributions till date remains the highest achievement for the district to the Needy Heart Foundation. You can also contribute just Rs. 35000/- to sponsor this noble cause. 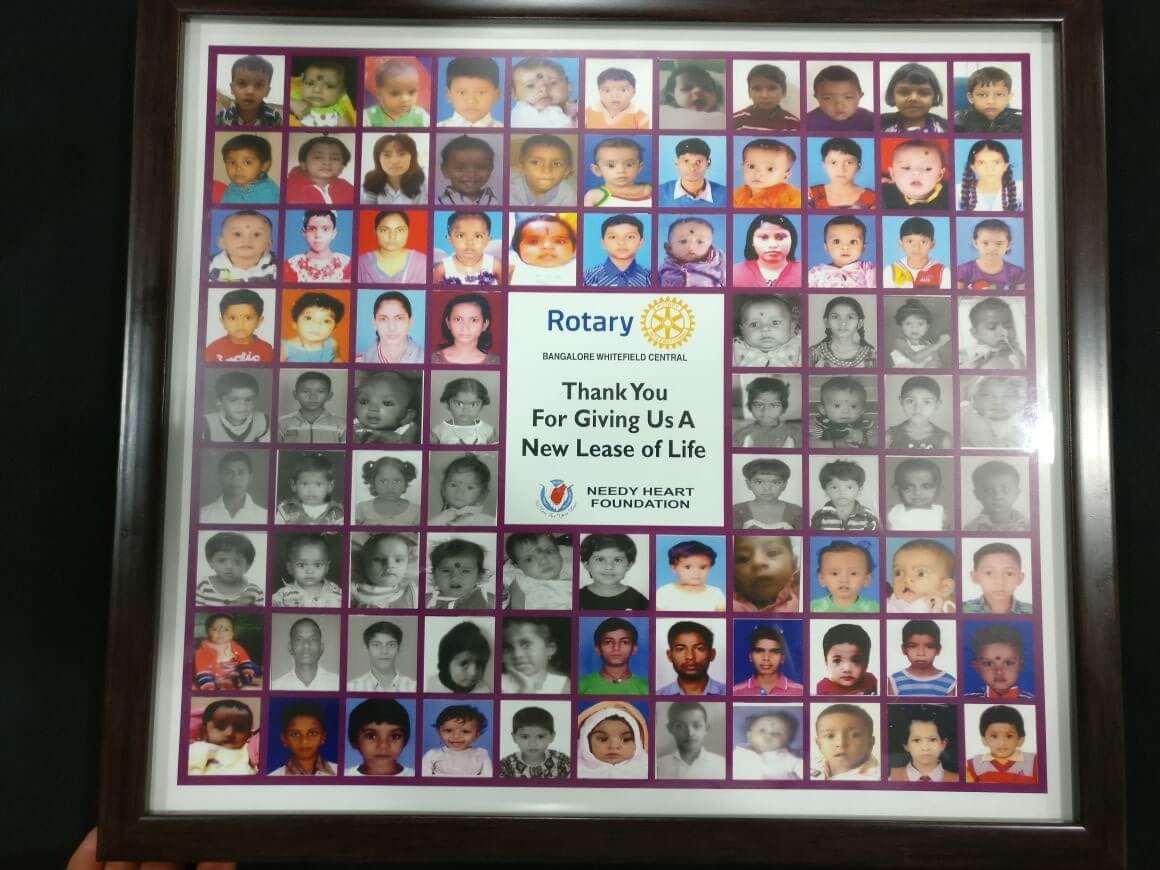 This event was followed by fellowship and dinner.